It Came From Kearney, Nebraska! 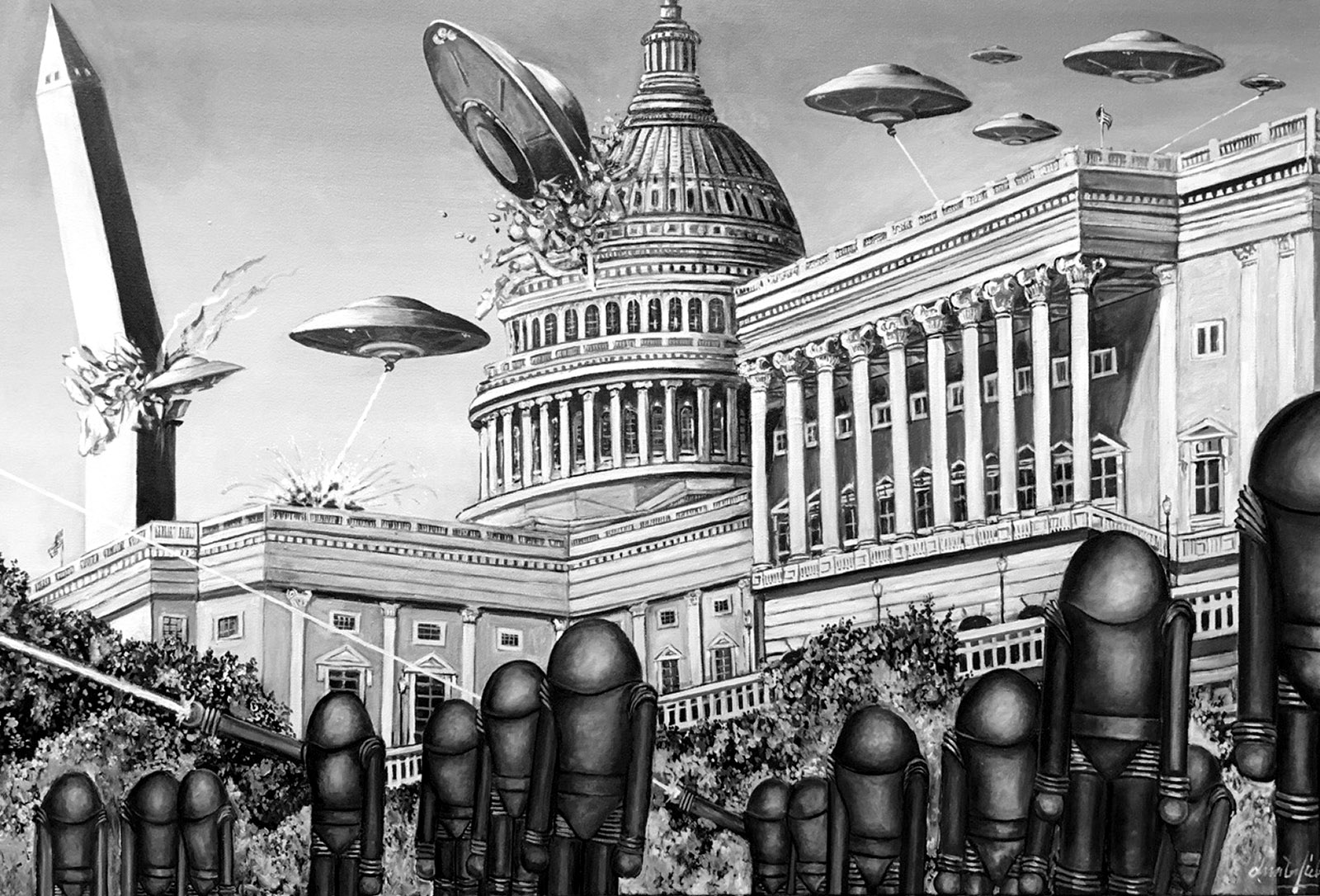 Professor Doug Waterfield is displaying new paintings at the The World Theater here in Kearney, NE. It is no secret that Mr. Waterfield is a fan of horror, science fiction, and cult films, so it is no surprise that his new work pays homage to the wonderfully b-rate films of the 1950s.

It Came From Kearney, NE is currently on display and will run through the month of October.

From The World Theatre:

It Came From Kearney, Nebraska!

A show of paintings by Doug Waterfield, Professor of Art at UNK. These eight, 2’ x 3’ paintings are all done in black and white, and are in a horizontal format to mimic the silver screen. The subject is one that is dear to Waterfield’s heart: science fiction films of the 1950s. Each painting is meant to be a “portrait” of the film. All the fun, juicy parts are put together in a single image. As was the case with a lot of these low-budget films, the posters were better than the movies, and any titular monster or alien was usually only visible for a few seconds. Waterfield has trimmed away all the filler to give the viewer just the good stuff! Show is open to the public in the lobby during regular theater hours. 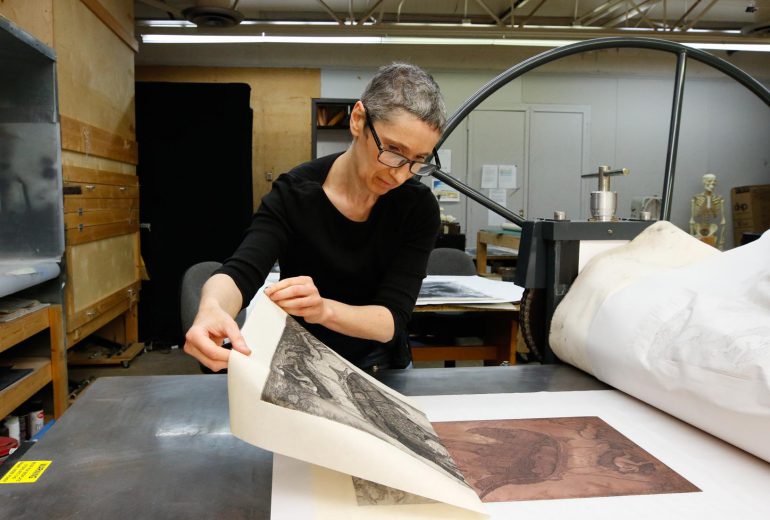