When Hurricane Harvey, Hurricane Irma, and the California Wildfires devastated Texas, Florida, and California within a matter of weeks, UNK’s student chapter of AIGA wanted to do something to help those affected by these natural disasters.

Students quickly sprung into action and put together a series of t-shirt designs, voting on the best two of the bunch to put into production. Jase Hueser, one of the design finalists and a junior in Visual Communication and Design program (VCD), alongside Department Chair and Professor Richard Schuessler helped to create a partnership with the UNK Student Government and the project’s business partners.

“Just after the hurricanes battered the gulf coasts and the fire swept through the north west portions of the US, both the UNK Student Government and AIGA felt the call to support the people affected by these disasters,” Hueser explained. “I happen to be both a member of AIGA and a Senator in government which allowed me to initiate a conversation between the two organizations. The Student Body President, Austin Partridge, and his cabinet had the idea of selling shirts shortly following Professor’s Schuessler announcing that AIGA would team up to produce a couple of shirts to raise money.”

“I’m a gigantic altruist so I think it’s incredible to help those effected by these events,” said Kelli Potratz, the other design finalist and a senior VCD major, about her contribution to the project. “It’s definitely something that no one should ever have to experience—to basically lose everything you own.”

The final designs were then sent to one of the project’s co-sponsors, Sayler Screenprinting, to be printed and sold through the company’s website.

The project’s co-sponsor, SCORR Marketing, helped fund the student chapter with the initial production of the t-shirts to help get the project off the ground quickly.

“We were excited to be part of something helping the victims of these tragedies, and our company owes a lot to UNK and the art department as well,” explained SCORR Marketing’s Senior Vice President Ben Rowe. “A large percentage of our staff in Kearney and Omaha are UNK alumni and currently 8 members of our design team are graduates of the UNK VCD program and had been involved in the UNK student chapter of AIGA.”

Rowe explained that it wasn’t just the great designs that got SCORR involved but the larger implications of the project as well. “I was especially excited to support a cause where the power of design can be used to bring people together to rally around a cause,” he said.

“We hope that SCORR’s small contribution to this project can ultimately help raise awareness and support the victims in need. Also, I think with all the negative and tragic things going on in our country today, I think it’s nice to see a group of like minded people coming together will the goal of doing some good for others,” Rowe added.

To date, the project has raised over $940 for these relief efforts.

T-shirts are still available with 100% of profits going to hurricane and wildfire relief efforts at http://saylerscreenprinting.com/hurricane-wildfire-relief. Get one today and help support those still in need! 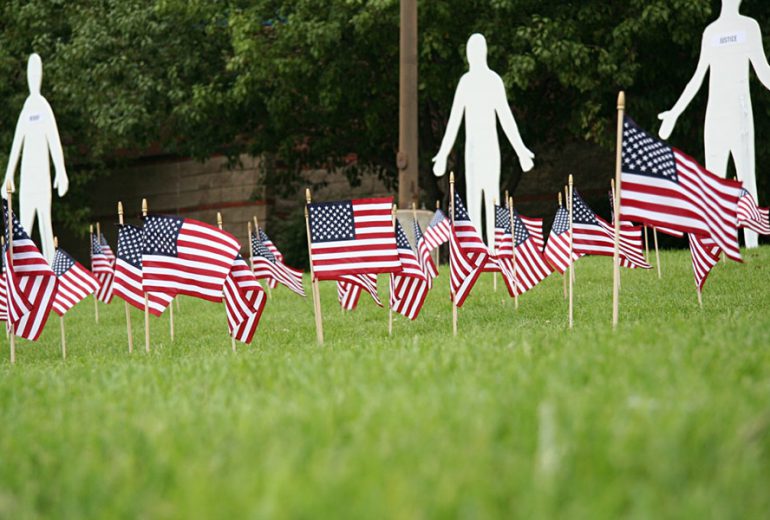